1. My car will always be the dirtiest car in the parking lot. I ride horses and drive on dirt roads. This is an unavoidable fact of life.

2. Steak will always be on my priority list. It’s as simple as that.

3. Sleeping late is wonderful, but getting up before the sun comes up is much more satisfying.

4. Friends come and go, and that’s okay. And some bother to see it through and can be called up after months or years (be patient with me guys, I plan on getting to everyone ASAP). 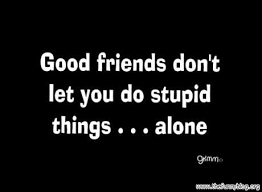 5. The best music is not discovered by listening to the radio – you find it word of mouth.

About two weeks ago I hit the middle of being 25. Now I’m heading towards my late 20’s pretty quickly, and I’m okay with that. Because I’m all about knowledge, and I’ve learnt a lot. This post has been a long time coming, these lessons have been a long time in their making, but now I can make them facts.

I have concluded that peanut butter is one of the best things ever and gherkins can bring about world peace. Sushi is still one of the tastiest things I can put into my body and curry fixes everything. Getting free stuff will always be cool, even if the ‘gift’ has no logical use, finding an alternative stimulates creativity. Music is still a sanctuary and reading is a neglected love and not by choice. Red wine goes with just about everything, but nothing beats a beer on a Friday night. Shooters are no longer as interesting as they were, and I would rather have a Red Bull when I want a buzz. I am too old for clubbing and I like to be in bed before 23:00.

I now know that relationships will end, and sometimes you really can’t work it out and should stop trying. It hurts, but that’s alright. Because even pain goes away eventually. And the lingering heartache is just because good memories cancel out the bad ones. Moving on is not terrifying and the alternative to happily ever after is not that bad.

Working from 8 to 5 (on a good day) is what happens in the real world, and it’s not the worst way to spend time. Stress happens, but so does shit and there is no getting away from either. There are worse places to be than the office on a Sunday – I could be unemployed.

Having friends, really good friends, is a blessing. 95% of people will misunderstand me and I don’t like the way 95% of people do things. But those are my problems and I am not theirs. But those who care about me, those who really care about me, help me take on my problems, and I am happy to help them with theirs. I will never underestimate an ear to whine into, a shoulder to cry on and a hug from someone who at that moment (and probably most of the time) has more inner strength than I do.

Breaking down is okay – I am not a fortress. Being made out of stone is unhealthy and dysfunctional. I am by no means a fully functional human being, but maybe one day when I grow up I will be. I will make mistakes, but they are only mistakes if I don’t learn from them.

There is great beauty in the world. And it’s worth pausing for. There are moments of such inescapable beauty that will happen and when they do, it’s okay to cry.

My horse, Ashgar Leam, is my rock. He’s frightfully handsome and is my soul mate. Our relationship is one of complete trust, thorough understanding and deep love. We were made for each other and get each other so completely I will not even try to explain, because there aren’t words and I don’t care if you don’t get it. I do and he does and that’s enough. Nothing else in this world matters as much as his four legs, his brown eyes and everything else that makes him horse.

Strangers are best avoided, but when necessary there is nothing wrong with taking advantage of their kindness. I have been saved from disaster several times in the past six months by people I will never see again.

Living in the millennium is not an excuse to neglect the past. Good books were written before 2000. Amazing music was produced before Britney Spears and filling my collection with ‘classics’ is a worthy investment. Just because it’s not a best seller does not mean it should be passed over.

I’m still grappling with this one – but I should never be near my phone when I’ve been drinking. I do dumb things, I say things I never would to people I probably shouldn’t. This hasn’t led to any serious disasters, but things can’t be recalled once they have been sent into the universe via technology.

Moments of immaturity are fine. Silly things should be laughed at. Stupid people should be mocked (in private). Using the language of teenagers colours dialogue – as long as punctuation is still a priority.

Amazing people should be recognized and learnt from. Getting over my own ego has been tough; sadly I am not that smart (yet). Industry leaders in whatever field are wonderful to talk to.

Doing stuff alone is empowering. I crave time on my own and I am now happy to go to function without a plus one or colleague. I will go out and meet new people and if we never cross paths again I still had a few hours to enjoy their company and learn.

The past can’t ever be changed. Letting go of guilt is a challenge. Ultimately there are two choices in life, rolling over in submission or standing up, finding balance and taking on the next hurdle. Taking some time to gather your strength is advisable and then fully forward, because reverse is a gear you should only use when driving. Bring it!

And bring on the next five months, bring on 26 – I can’t wait for what will happen next.

Before I forget – I would like to add that I like steak. Steak is awesome. It’s good knowing A-grade meat is out there.

And one day I’ll get over saying AWESOME all the time.