I’ve lived in the northern suburbs of Johannesburg for three and a half years now. The initial move was to get closer to work. Not because of all the faux Italian architecture. And definitely not because of the image associated with the various suburbs. But the rent is reasonable within a 1km radius from my apartment is pretty much everything I need. For example, a block away from my complex is a massive hardware store, all major fast food outlets (with drive thrus), four grocery stores, two Chinese restaurants, three pizza places, a Casino and about a third of Johannesburg’s population. There is also a really good pet store and tack shop. The rent isn’t too bad and I’m close to the major highways and driving to the stables takes me 20 minutes. 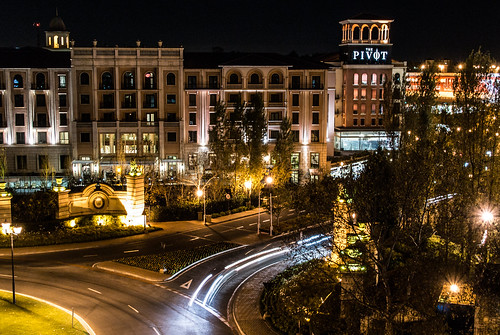 However, the amount of people and shopping centres causes a number of problems. Add on the fact that when they planned the roads they didn’t take the population density into account. So there is always traffic. Add on ‘infrastructure upgrades’ (to accommodate the huge office park down the road) and you’ve got constant construction going on and no traffic lights. It’s not unusual to travel for thirty minutes and only move 100m. And there are more being built – there’s even talk of massive development to link the gazillion malls in the area.

I’m very lucky that my complex is quiet. But there are a lot of people living pretty much on top of each other, so when the zombie apocalypse comes it’s going to spread really quickly. On the up side, even though there are probably at least 200 people in my complex, we all live anonymously. I greet my downstairs neighbour because I once helped him find his very ugly cat and we leave for work at the same time. But that’s pretty much it. No other interactions with the residents. And it’s wonderful. 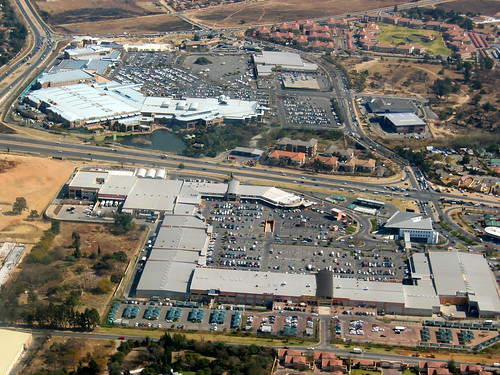 But the majority of Fourways residents are single, young adults. They spend their evenings in the pubs, flirting and sleeping around. I’m pretty sure the Tinder hook up rate is the highest in South Africa and might even beat Vegas and Amsterdam. It’s also known as the Cocaine Belt. Probably because of all the one night stands and disposable income. The pharmacies make a killing selling STD treatments and Valium (because anxiety is the new black).

The area also has a device to person ratio of 3:1, which means the cell phone signal is weak because of the demand. I can only make and receive calls in one part of my house. And if I even lean a little in a direction it drops. I get better download speeds in rural areas. I can’t even take advantage of lower data costs. And no one does landlines anymore.

I love to hate Fourways. Because even though I whine about it on a daily basis, I still haven’t left. And I don’t think I will any time soon.

Fourways, a Suburb of (In)Convenience

I’m going back to university after a three year break. I’ll be keeping my job. I don’t think I really know what I have got myself into.

And this time it’s going to be very different. Because this time I have a real job and it keeps me busy. I also really like this pony:

But now that I am a student again I find myself wanting to do student like things.

I’m dying for a LAN weekend. However, my weekends are full until March. Unlike five years ago where we would decide on a Friday morning that we would be gaming for 36 hours, my friends and I need to coordinate our diaries. And it doesn’t help that the mates that LAN are also studying again.

My wild side is coming to the surface and is considering going to RAG 2012 (now that I have access to campus again. Memories from the last one in 2008 include getting horribly drunk, crying because I imagined I was in love with someone I couldn’t have and throwing up for half an hour. I then woke up at 6am to go on the actual parade and spent four hours on the back of a truck with a bad headache.

My sensible side says no, it’s more fun to curl myself around a book on a Friday night. Then I can get to bed early, because the pony needs riding in the morning.

Deep down I actually only like ponies, books and steak. And long walks on the beach. And I do not have the stamina for long nights.

I need to get fit for late nights though. That’s when I will be studying. So, this is me saying farewell to the world: see you when I graduate.

I’m going back to university

I haven’t blogged for a long time. It’s been a crazy six weeks.

I had a magical weekend in the bush.

I crashed my car.

I’m still settling in at Mediology and I’m still loving it – but they keep me busy.

I got accepted into a Masters degree.

And I have a bursary from the AMF.

And it’s all coming together today. Life is good.